●          1992 Professor Per Olav  Skjærvold gets an idea that eventually turns into the Keep-it shelf life indicator. Skjærvold and his colleague Professor Petter Heyerdahl carry out experiments to test the effect of temperature on the photo development process.

●          1993 Professor Brit Salbu and department engineer Helge Lien embark on many years of experimentation to control and stabilise chemical reactions that can simulate developments in shelf life.

●          2001 The fundamental principles for a shelf life indicator prove verifiable in the laboratory, and the company changes its name to TimeTemp AS.

●          2002 The technology is further developed in the agricultural college’s laboratories at Ås, and work starts on the development of a manufacturing solution for an industrial prototype.

●          2005 Keep-it Technologies secures patents in a number of countries, including the USA, Canada, Australia and New Zealand. Scatec AS becomes the company’s first external investor.

●          2007 During this period, the indicator was tested on commercial products in the professional part of the refrigeration chain.

●          2011 The company raises new capital and embarks on an industrial R&D project to develop the first consumer version of the indicator. The company changes its name to Keep-it Technologies AS. The indicator is tested for the first time on products sold in Norwegian supermarkets.

●          2012 Keep-it® is launched in the food retail sector. The first product to carry the shelf life indicator is minced meat from Nordfjord Kjøtt, on the shelves at REMA 1000. The Norwegian minister of agriculture and food, Lars Peder Brekk, attends the launch.

●          2013 Keep-it Technologies receives the 2013 Campus Ås Innovation Award, for developing the Keep-it concept. The award was presented by the Norwegian minister of education, Kristin Halvorsen.

●          2015 Keep-it Technologies receives the ‎Local EAT Award for the best sustainable solution for the environment and health, awarded by the Confederation of Norwegian Enterprise (NHO) and Nordic Choice Hotels at the EAT Stockholm Food Forum.

●          2017 Keep-it Technologies enters into the first international distributor agreement with Across Consult for the countries of The Netherlands, Italy and Switzerland.

●          2018 Norway's Minister of Food and Agriculture, Jon Georg Dale, participates in the launch of the test project to sell products after the Best before date given that there are several days left on the Keep-it indicator 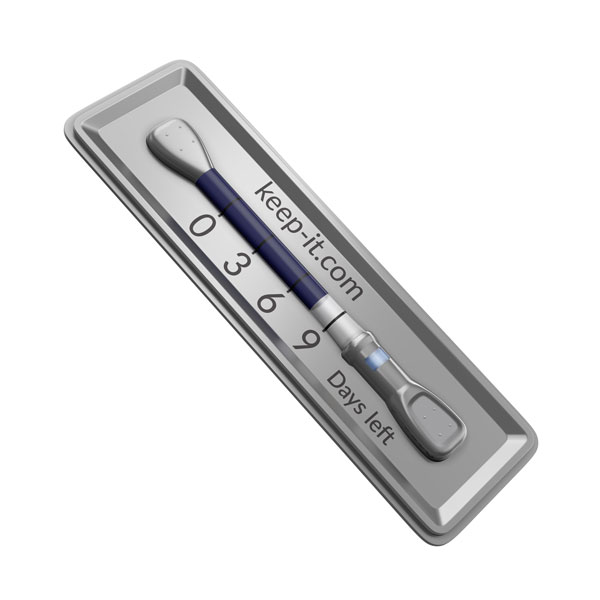